It’s funny how my utter failure of an EV conversion project a couple of years back still gives me so much positive feedback from people who are passionate about these kinds of conversions. 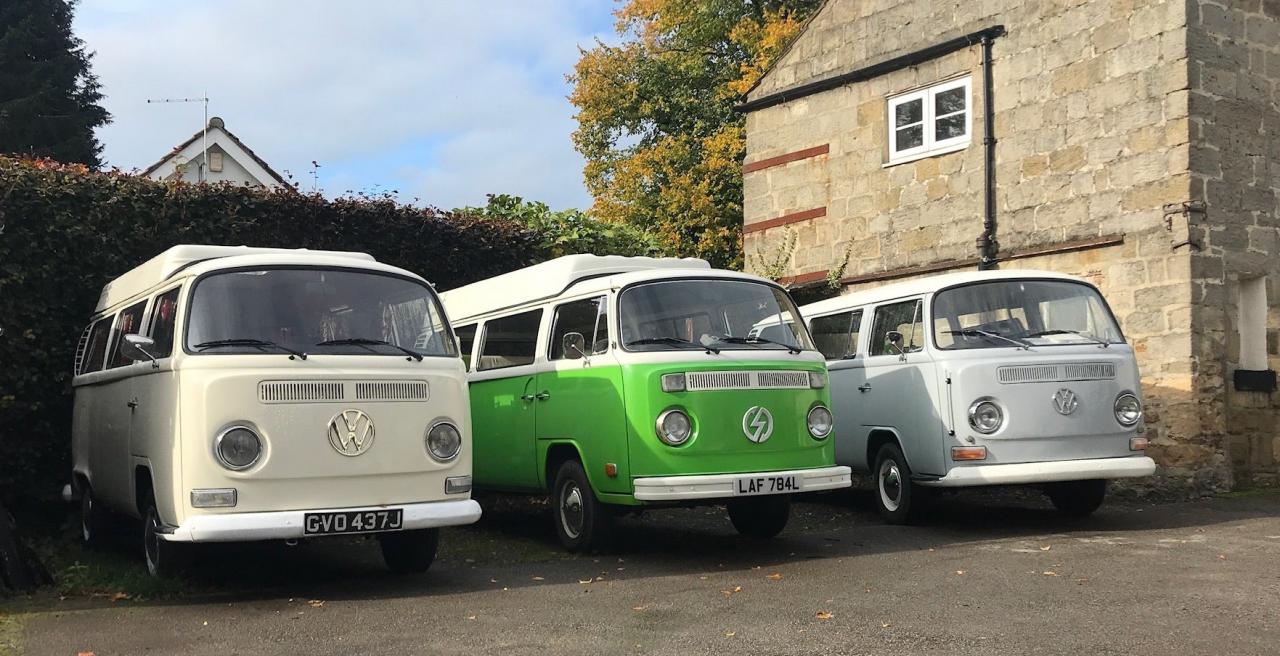 The story about my overly ambitious attempt to fit an electric powertrain into my 1987 Volvo 240 — which stranded in the bureaucracy of approvals and licensing — caught a guy named Kit Lacey’s attention, and he thought he would let me know that it could actually be done. He has succeeded in doing a number of EV conversions, and even created a business out of it in the UK.

Kit Lacey is the director of eDub Services, a company in the challenging niche business of updating old classic vehicle gems with powerful electric motors and high capacity batteries. His main focus has so far been on converting the legendary VW T2 Camper that was introduced in 1966 (the first VW T1 was introduced in 1949). But he is ready to convert anything you throw at him, as long as it’s an old timer (+30 years or so). 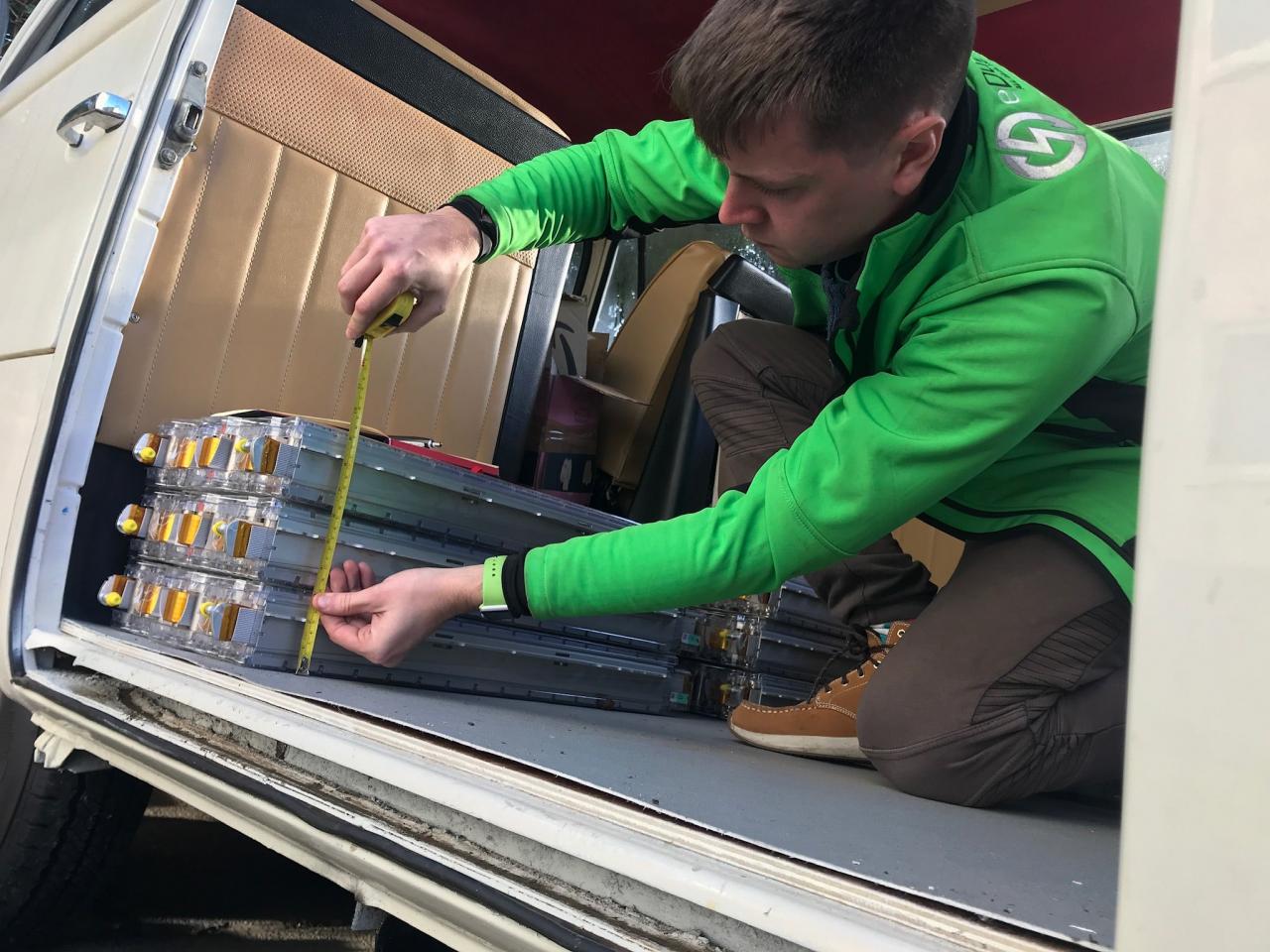 eDub Services, based in the North of England, is bringing the electric revolution to classic cars, starting with the iconic, VW camper van. By removing the engine and replacing it with a battery pack and electric motor, many packages are available to achieve over 200 miles range per charge.

eDub Services started in the tourism industry in 2013, hiring out a classic camper converted to electric power for tailored trips around Yorkshire. As demand for electric vehicles increased, eDub Services decided to branch into the conversion industry with eDub Conversions.

“We became experts by accident,” says Company Director, Kit Lacey, “Having discussions with electric conversion specialists and suppliers around the world, we were aiming to create the best experience for our hire customers. So when people started asking us about having their own conversion, we decided to put that intelligence to good use.”

As part of the UK’s Green targets, the Automotive industry is moving away from petrol and diesel combustion engines with a ban on all sales of new petrol diesel and hybrid cars by 2035. In contrast; the Electric Vehicle market is growing rapidly with sales of EVs predicted to grow by 800% by 2022 (Since 2018, SMMT) Companies like Tesla Motors, have shot to become the second most valuable automotive company in the world in recent months.

eDub Services has an ambitious, but not impossible goal; to have an electric drivetrain kit for every classic vehicle, starting with the VW camper van. So if you have a classic vehicle, you should get in touch! If you have a different vehicle in mind, that’s no bother. Even if you don’t own the vehicle, eDub Services will source one for you and then price up the conversion to your specifications.
Find out more at ​www.edubconversions.co.uk.​ They are also accepting investment to help sustain growth in this fast moving industry.

What’s really new to me here is the value of classic vehicles out there. It’s hard to get these vehicles certified for electric propulsion in some countries, but certainly the market is not going away. As EVs are going mainstream, I think more and more classic vehicle owners (and non-owners for that matter) will desire to preserve the automotive history. Hopefully legislation will follow to make room for these fascinating and clean restorations of classic vehicles. 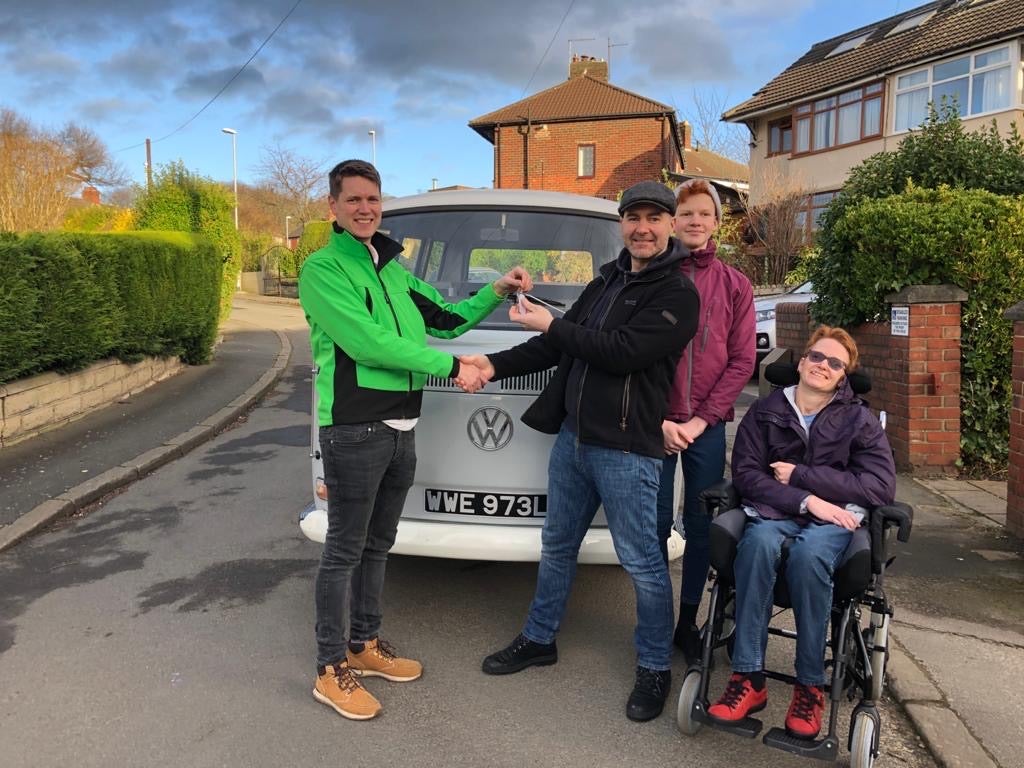 A 25e VW T2 Camper Van Conversion kit consists of a Tesla motor that gives over 4x the original power, and replaces the gearbox, so no clutch or gear stick. The kit’s name suggests it’s a 25 kWh battery pack and should be enough to reach up to 66 miles of range per charge. Rapid charging is included. The company can also handle interior details.

Some claim a classic is not a classic if you electrify it, and I get that to some degree. However, I think it’s important to distinguish between classic vehicles restored for the purpose of showing every detail of the original build and the ones rebuilt for the purpose of actually driving around without worrying about a noisy, dirty, and unreliable drivetrain. If in doubt, do both! Read CleanTechnica writer Nicolas Zart’s article “Is Converting Old Cars To Electricity A Collector Crime?” regarding this dilemma.